Images taken with the 5inch Takahashi in Luna 1 Observatory

Vlad Alexandrov uses the Luna 1 observatory frequently and offered these three images for the blog.

The first image is of the beautiful spiral, the Triangulum galaxy(M33), about 3mil lys away he used over three hours of Luminosity and 80 min Red, 80 min of Green and 80 min of Blue light taken in October 2017. He stacked the images in Pixnsight then processed in Pixnsight and Photoshop. 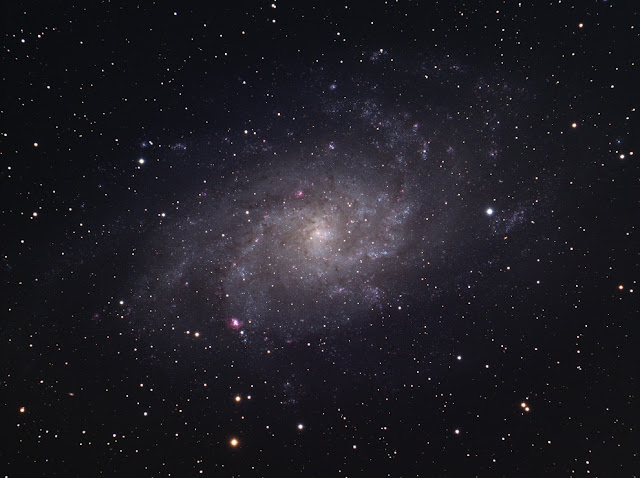 The next shot is of the Horsehead Nebula, also known as Barnard 33, which is much closer at about 15lys away from Earth and very difficult to see visually, especially here in New Jersey!
He use 4 hours of narrow band Ha light over many nights due to various weather conditions during November and December 2017. Vlad also used darks and flats as well, stacking it all together using Pixnsight and then processing it in Pixnsight and Photoshop. 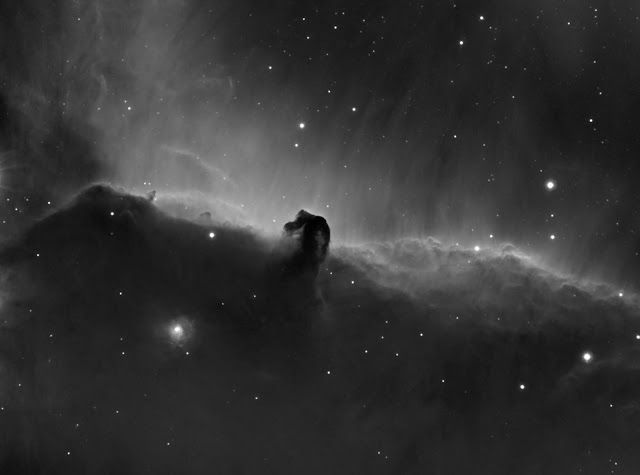 And last but not least; he took this great shot of the even further away Coma Galaxy Cluster, at a mean distance of about 325 mil lys from Earth on January 26th, 2018. He using 3 hours of Luminosity staking with Pixnsight and processing with both Pixnsight and Photoshop. 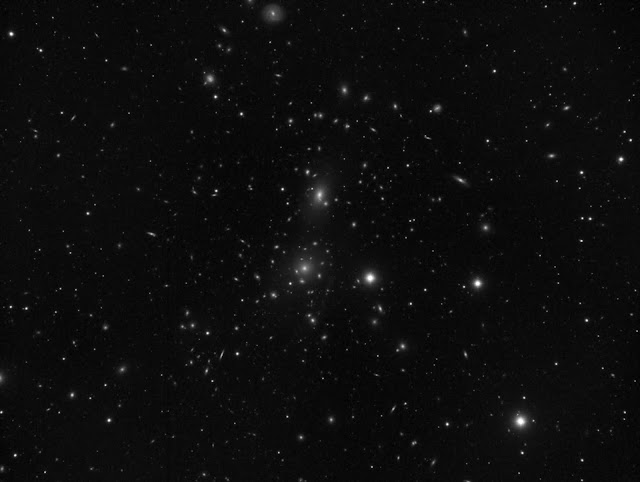 This is impressive work Vlad, thank you for sharing!
Keith
Posted by NJAA Blog at 4:27 PM No comments: Links to this post

The California nebula with a surprise!

Al Ernst took this image of the central area of the California nebula with asteroid Semiramis entering at the lower left.  Semiramis shows as a small streak in the lower left quadrant (at the left end of my red line).

Al tells us further that: "Semiramis was the much revered queen of Assyria who may have built the Hanging Gardens of Babylon".
The image was taken with NP127is, QSI camera, and H alpha filter from Bridgewater, NJ. 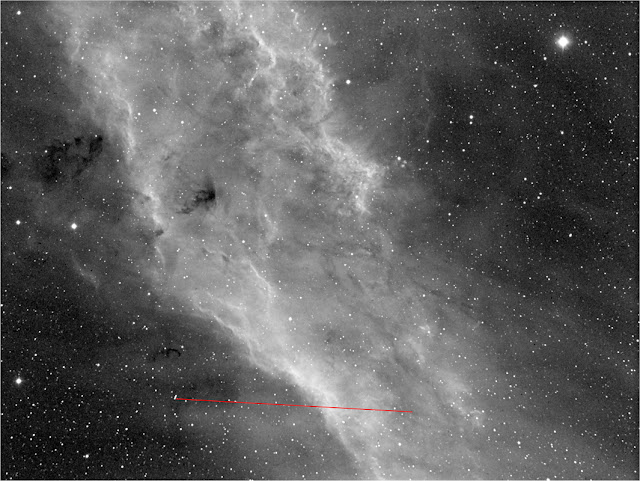 Thanks Al,
Keith
Posted by NJAA Blog at 5:32 PM No comments: Links to this post

At 10:40pm EDT on April 28, 2019, long-time member Perry Arts was imaging in his backyard in Branchburg, New Jersey. He was taking a series of pictures of the "Needle Galaxy"/ NGC4565 when an airplane tried to improve his view!
Here's the result: 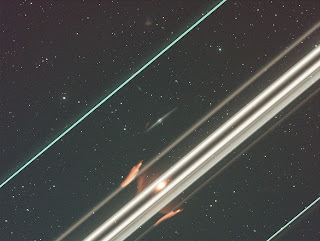 The plane's presence kept Perry from trying to post process the image further, but he thought that "sometimes the fates align", so he presented it at the club's Astrophotography/Research meeting last week and everyone loved it!
After all, he said, "what are the chances that he would capture a fast moving plane precisely at that very a small part of the sky and be perfectly aligned with the galaxy"?
We all couldn't agree more, so here it is....
Hopefully Perry will send the finished image of the Needle so I can post it here with his artsy photo.
Keith
(PS ~ we think the two red "things" are the twin jet engines lit by the flashing red light.Unless, of course, it's the USS Enterprise NCC 1701-D entering warp!)


Posted by NJAA Blog at 11:58 PM No comments: Links to this post